Like every other day in Miami Beach, the 4th of July started as a warm and sunny morning. I began gathering my things so that I could vacate the room I’d been using the four days while in town. Wimbledon men’s tennis was playing in the background, of course.

Since I didn’t plan to go to Day 4 of Supercon and had purchased a ticket for the 5 p.m. Duck tour, I didn’t leave until 12:30. Unfortunately, RB’s battery troubles had reached a head. She didn’t even have enough power for me to unlock the doors or trunk. AAA to the rescue! The technician did a check and determined that the battery should be replaced. Thank goodness it wasn’t the alternator. He showed me the old battery after removing it, and even I could tell the way the plastic body bowed outwards was not normal. Oh, well, one does what one has to do, and now RB would have a reliable battery.

The Duck tour starts in the South Beach part of Miami Beach, where crowded was an understatement. Thought I was going have to pay $40.00 just to park RB while I went on the 90-minute tour, but then I lucked out by finding a spot someone was vacating just a short walk away.  (Suggestion: if traveling into or around the South Beach, use Uber or something similar to avoid the highly congested traffic and challenges of finding parking.) 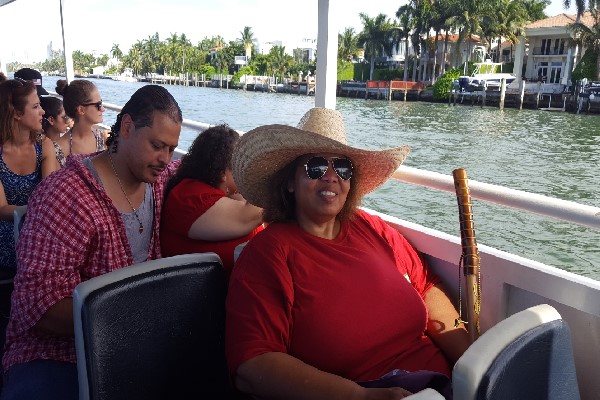 My eldest sister had told me about the Duck tour and how the vehicle traveled both by land and sea.  Still, it was interesting to see the descent into the water.  The angle of the recording I made as we entered isn’t ideal, but you get the idea: 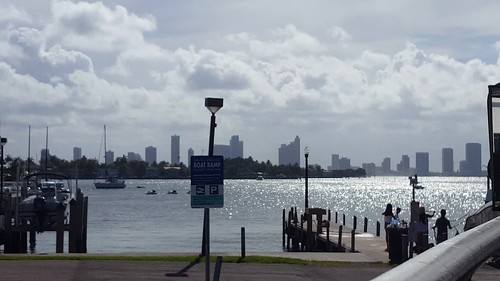 Boy was that a fast 90 minutes! Very enjoyable seeing the Art Deco architecture and more modern buildings in town, and the tour gave some very interesting historical background along the way. I certainly would recommend the tour, especially if your time is short and you want to avoid the hassle of driving.

Below are some of the pictures I took from the tour:

The man who serviced RB suggested that I view the evening’s fireworks on the beach on the north side of Miami Beach if I wanted a less crowded, more family-oriented experience than what I’d likely find to the south.  So, I had a very nice dinner at a local restaurant and made my way back to the beach near where I had been staying.  The fireworks occurred at various points down the beach.  Below are a few of the pictures I captured from the show:

I bade Miami Beach and Miami farewell immediately after the show ended and started driving towards the Florida Keys in the hope of avoiding the morning rush of the Miami area–of course, a lot of other folks decided to do the same thing.  So, I traded one rush for another.  Got one last shot of the cityscape on my way. 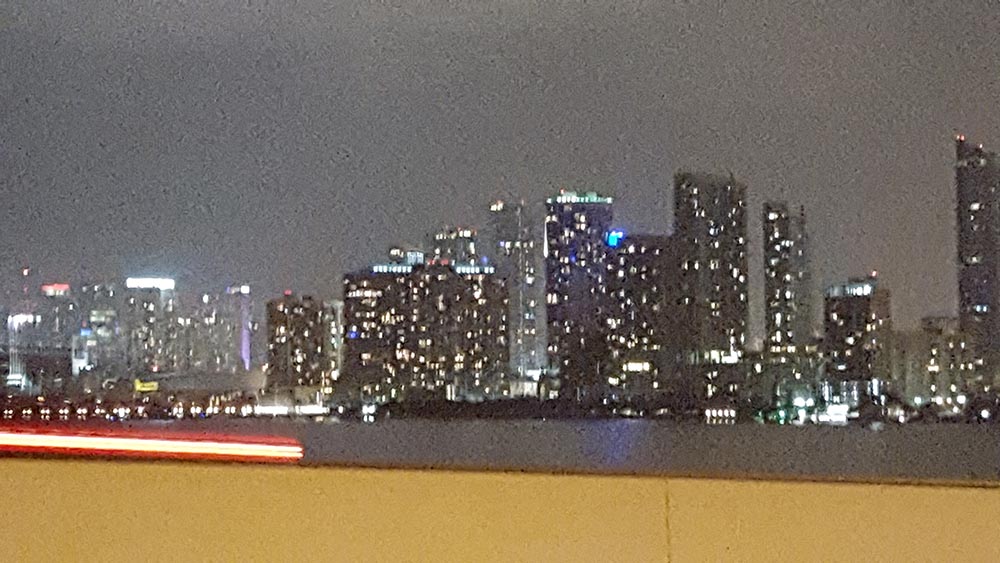 I got as far as Islamarada, one of the small towns on the Keys.  The roads were silent by that point, but I also couldn’t see any of the scenery along the way.  I didn’t worry too much about what I was missing because I knew that I would be have the sunlight with which to see the sites on my way back from Key West the next day.

It was late on an empty roadway, and I was finally tired enough to stop for the night.  I was looking forward to seeing the Keys and walking the beaches.

The C’s portion of the playlist, especially the variety and range of music and musicians covered, continued to make my drive entertaining.  And it allowed me to control my ability to hear music I enjoy without the need to continuously scan radio stations every time I move from one area to another.