Even though I hadn’t asked for a wake-up call, I was highly motivated to check out of the room early.  Got some breakfast and did a little shopping before heading to my primary objective for this trip: the National Mississippi River Museum & Aquarium.  It was just after noon, but the museum was already full of families.  Disappointed but really not in the mood for the crowds, I changed my plans and headed through town past various landmarks, to the dock where the American Lady was docked and prepped for its afternoon river cruise.  The boat was not overly crowded, so it made for a nice, leisurely excursion.  Beer and soft drinks were served in unlimited quantities as was a light buffet.  Hope those who were driving carefully monitored their beer intake.  (Don’t worry about me, I HATE the taste of beer!)  There were a number of other boats, including two other cruise boats, on the water.  Along the way, we could see houses (see the “little one” in the picture below) perched on the top of the hills, and we passed a tree with an eagle’s nest.  I couldn’t see it, but I’ll take their word for it. 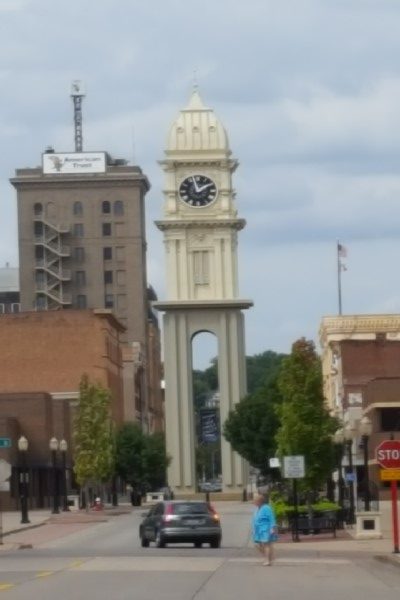 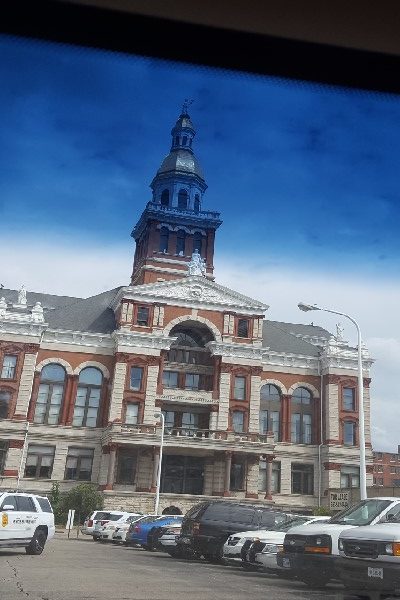 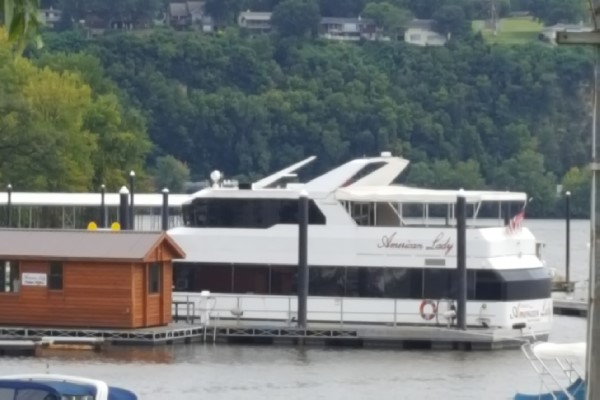 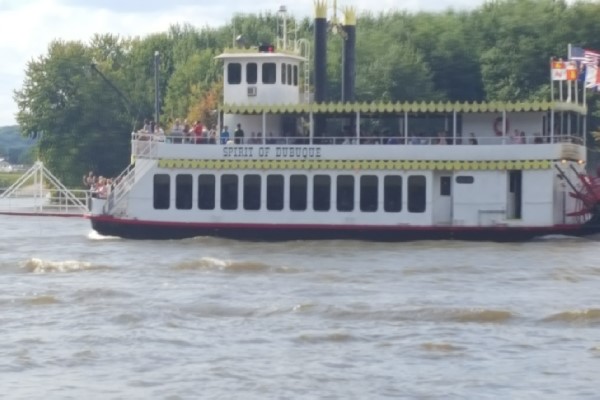 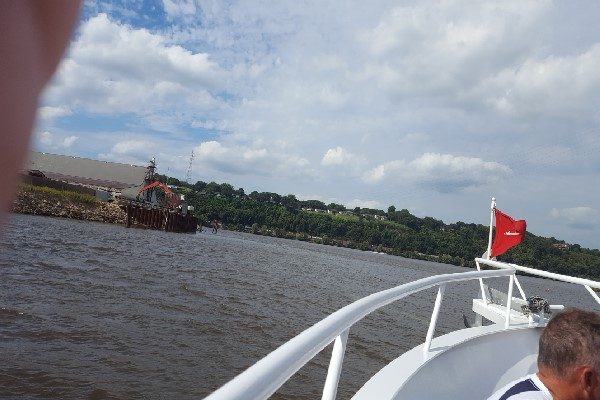 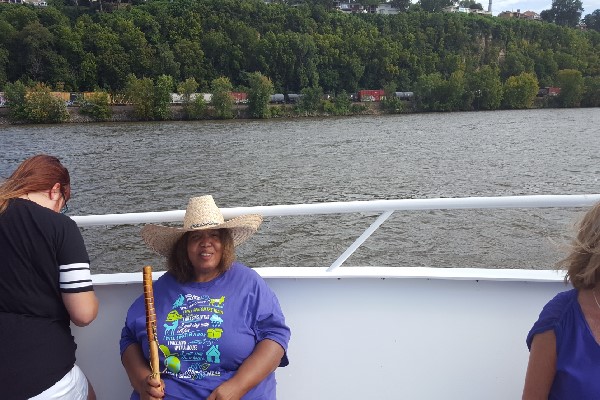 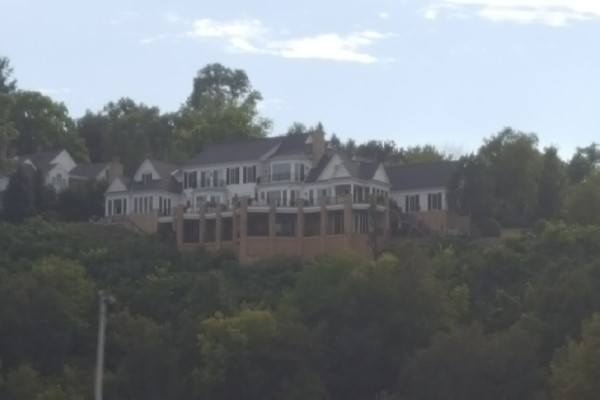 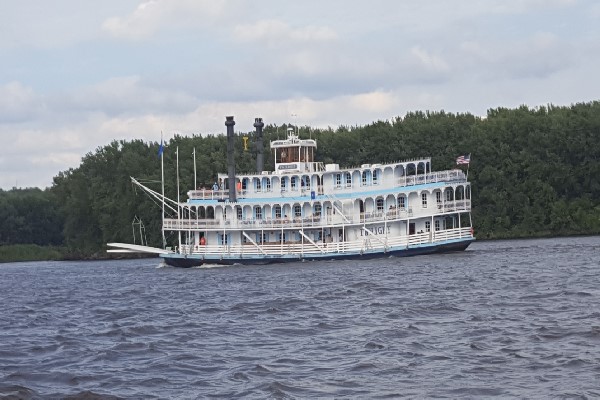 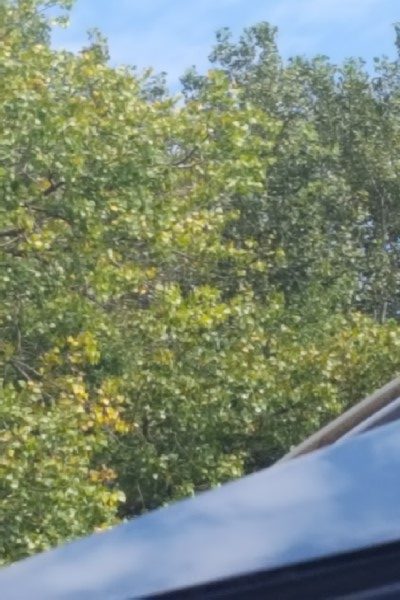 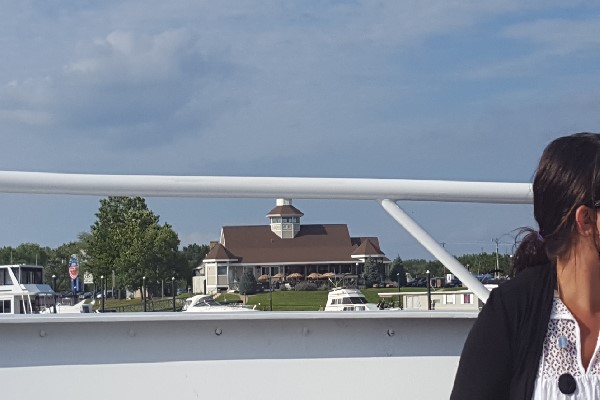 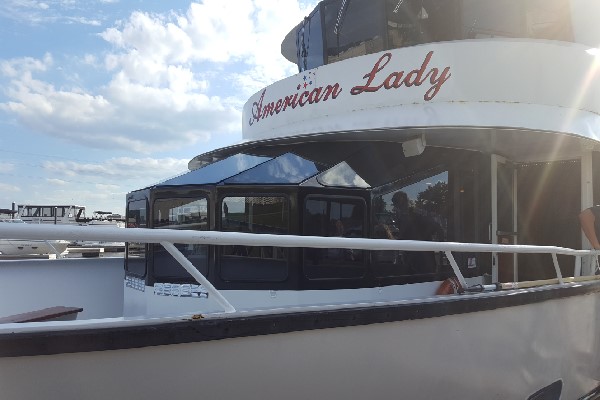 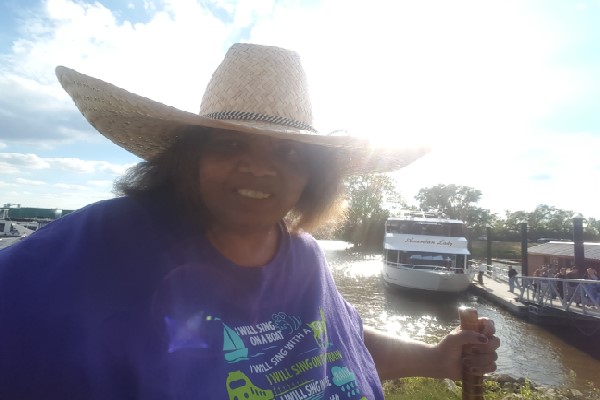 There was still plenty of daylight by the time the 1 1/2-hour cruise ended, so I next ventured over to the Fenelon Place Elevator Co.  Even as I drove there, I’m again surprised at how hilly Iowa is in general, with some serious hills near the Mississippi.  As I climbed aboard the elevator going down, I could easily understand why it was built because walking up and down on a regular basis had to be quite daunting.  Had a great seat coming back up.  Definitely not an attraction for anyone who has issues with heights.

I stuck around until after dark so that I could get some shots of the city scape from that vantage point. 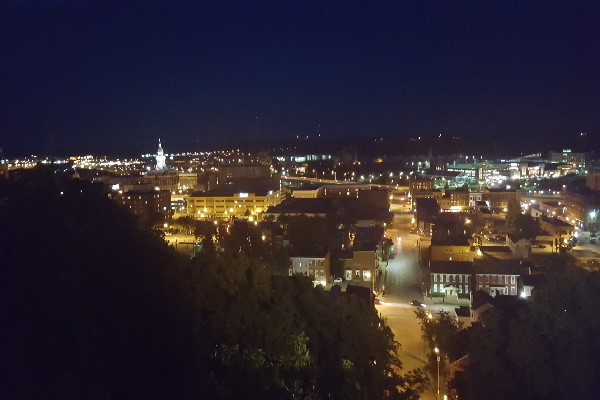 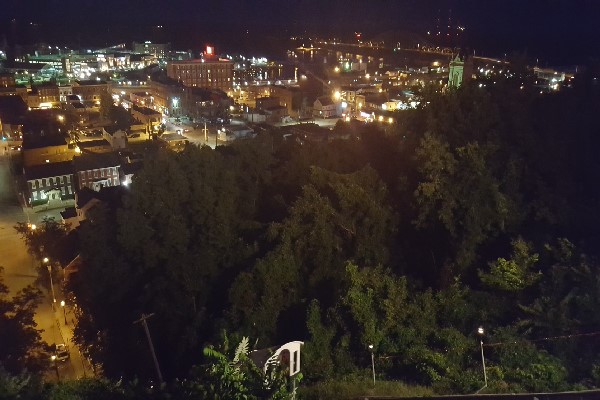 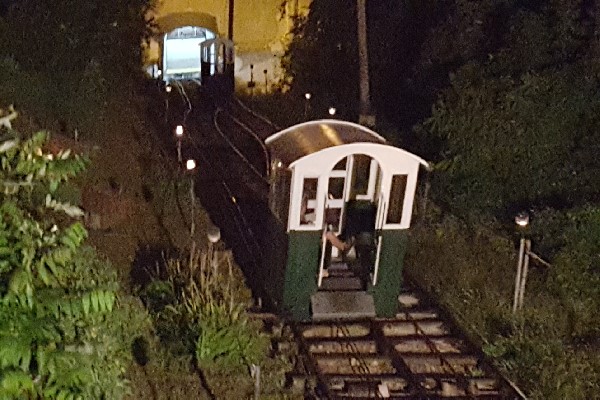 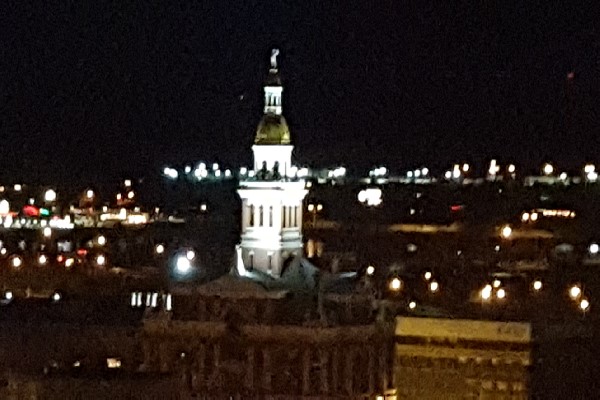 My original plan was to return to Grinnell sometime Sunday; however, I still had things to see and do.  I also had some thought about returning to the Mississippi River Museum, this time near enough to its opening time that it would perhaps not be so busy.   So, I closed out the evening by going to see Ben-Hur all by myself at the local theater.  Very different than the 1950’s version, so now I’m curious about which one was closer to the original book.