I thought Friday was busy, but Saturday was nearly overwhelming.  Thankfully, I had received an email warning that tickets were sold out, so I knew big crowds were to be expected.

I learned a new term: cosplay, short for costume roleplaying.  (My roleplaying on the old Stargame pbem (playing by e-mail) was solely online, so we never needed costuming.   The costumes at Supercon were amazing.  Everytime I thought I saw one that was the most incredibly elaborate, another would surpass it a few minutes later.  Still, this one has to be in the top ten: 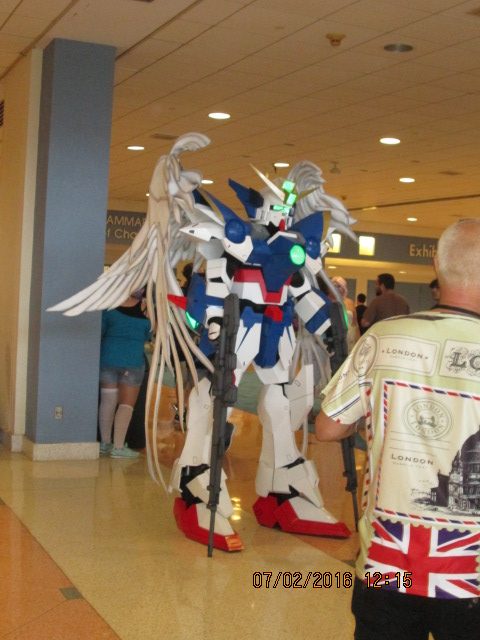 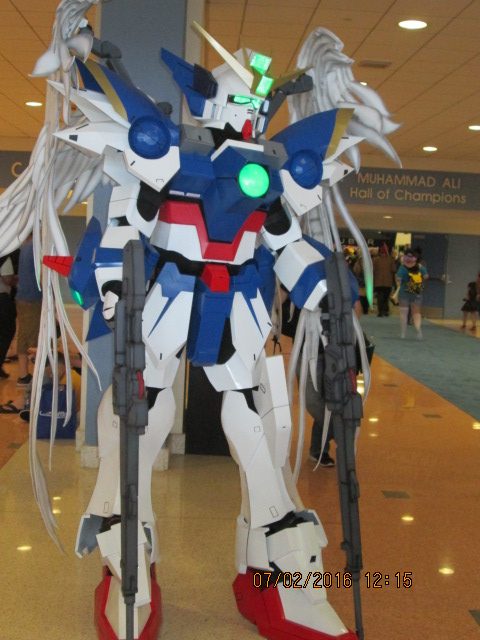 This was a late start, late finish day.  Since my interest in the convention is solely Star Trek, the earliest event was William Shatner’s Q&A session at 3:00.  I got there early, though, in the hope of getting a relatively close seat and got a pleasant surprise of hearing the Q&A with Henry Winkler (yes, the Fonz), who was very personable as he had real conversations with the people who came up to ask him questions.

He drew a nice sized audience, but then it was time for Shatner.  Suddenly, the audience swelled to SRO, even in the large Jackie Gleason Fillmore Theater.  Shatner’s charges for pro photos and autographs were nearly double just about every other guest star, but if you are the big draw for the convention, why not?

The late afternoon-early evening Q&A’s were back in the main hall and scheduled back-to-back.  First Robert Duncan McNeill (Tom Paris) and Robert Picardo (The Doctor) from Star Trek: Voyager and then Walter Koenig (Chekov) from Star Trek (the original series).  Just before Picardo was set to appear, an alarm went off and we were asked to leave the building.  (I heard later that a burnt pizza in an oven set off the fire alarm.)  Even with no idea what was going on, the attendees weren’t panicked or overtly upset.  We just went with the flow.

Anyway, the sessions were okay, but Koenig seemed to be a bit off.  I wanted to go up and give him a hug to make him feel better.  He did share an interesting story, though, about how he got the role of Chekov.  I recorded it and will add it if I can condense it to a loadable size.

The fan whose full-production series, “Star Trek Continues,” sparked a major lawsuit by CBS, screened one of the episodes immediately after the Koenig Q&A, and he gave away DVD copies of the first three episodes.  I hadn’t seen the series before, but I want to locate the rest online and watch them.

The big costume contest was that night, but I opted to attend a session entitled, “Star Trek: 50 Years of Pointed Ears.”  The roomful of ST fans talked about all of the television series, including the Animated Series, and movies that have been released over the years.  It was my favorite session of the entire convention. 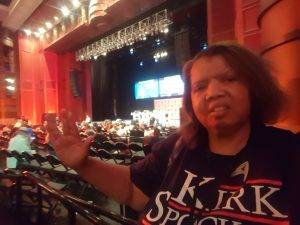 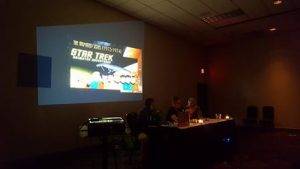 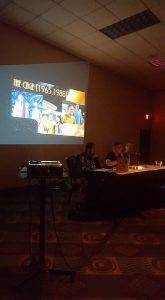