Memorial Day started partly sunny and cooler after the heavy thunderstorms of the night before. The forecast was for more stormy weather; the question was whether it would come during the day or later in the evening. The down side of a mostly outdoors activity is that one is affected by weather conditions.  Fortunately, the sun came out, and daylight hours warmed up enough where folks were able to shed their jackets by mid-morning. 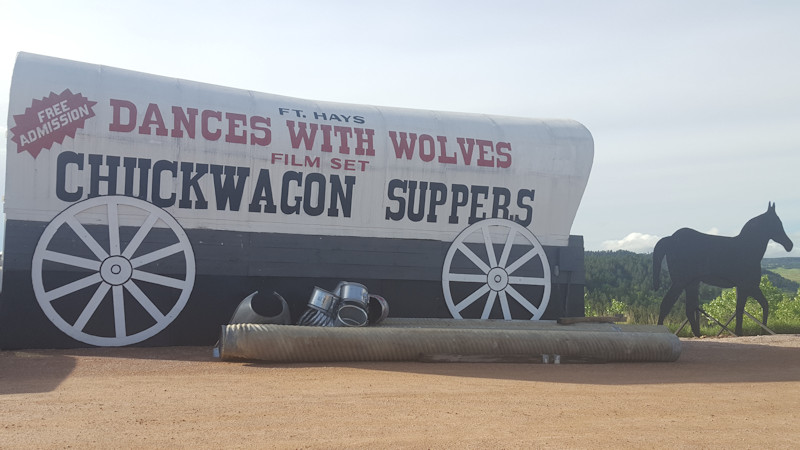 My niece and I went on this same bus tour ten years ago. I wanted to go again because I’d very much enjoyed the tour and appreciated not having to drive myself from one stop to another. The Fort Hays Mount Rushmore Sightseeing Tour began with breakfast of pancakes and sausage, wound through the mountainous roadways of the Black Hills from Mount Rushmore to Crazy Horse. Most of my pictures are, as usual, available on my Flickr page; however, a few are posted below: 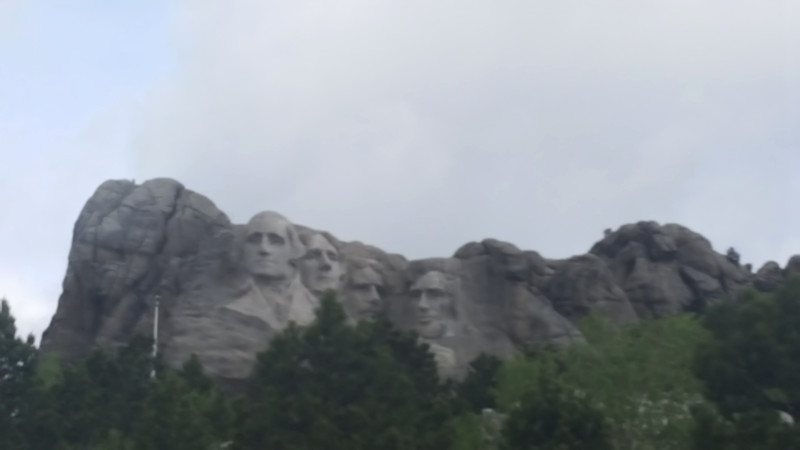 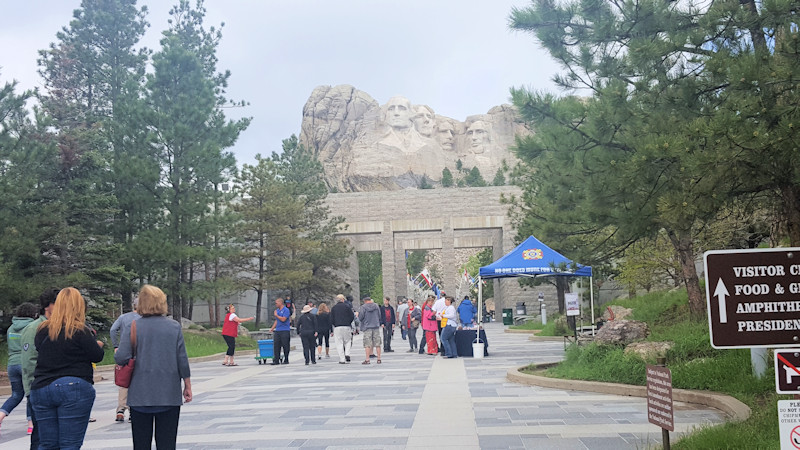 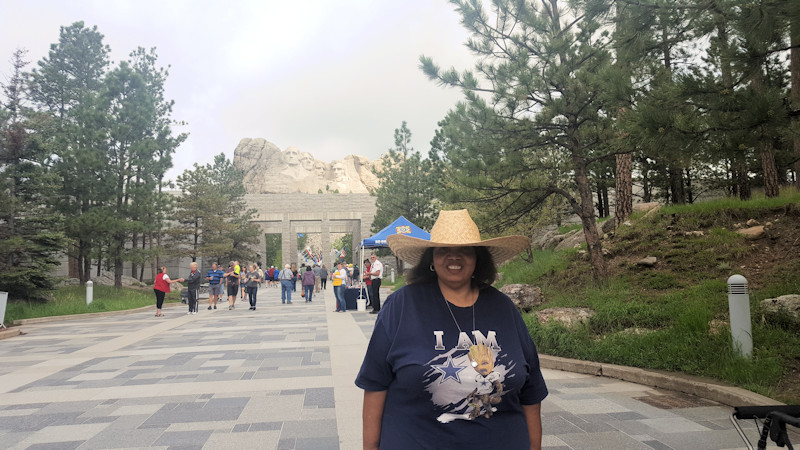 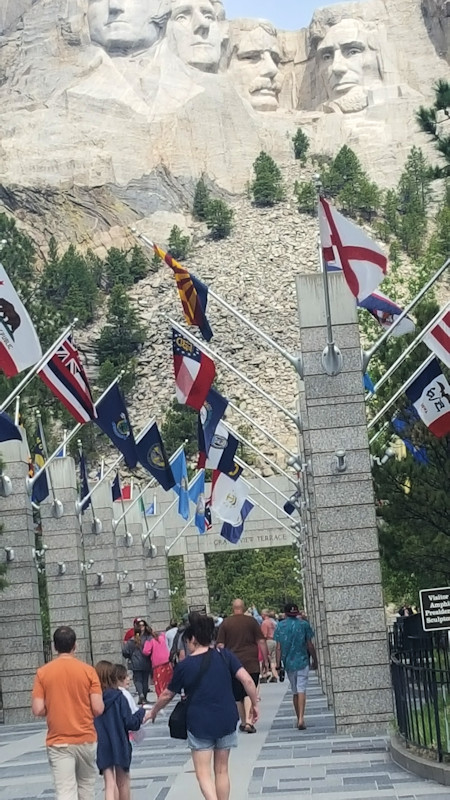 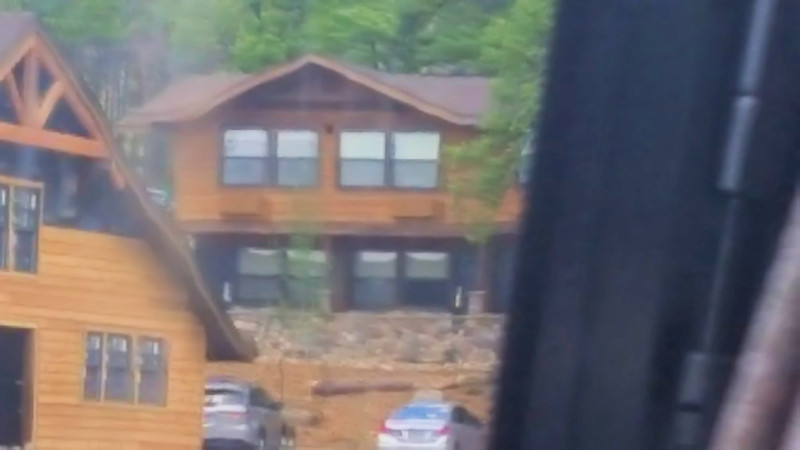 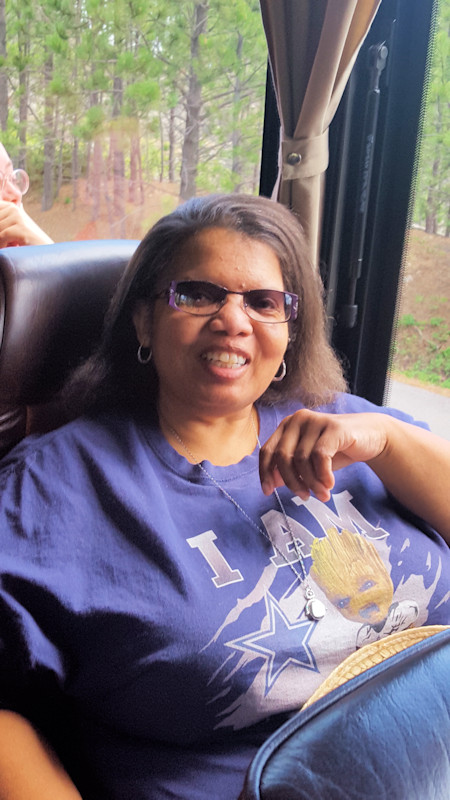 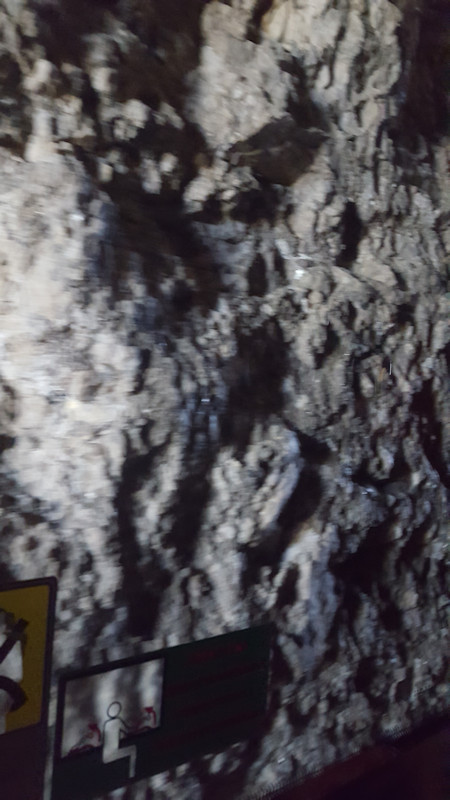 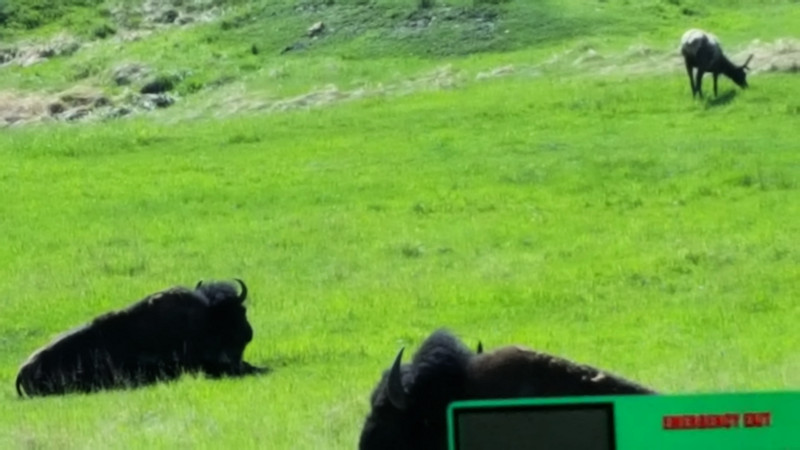 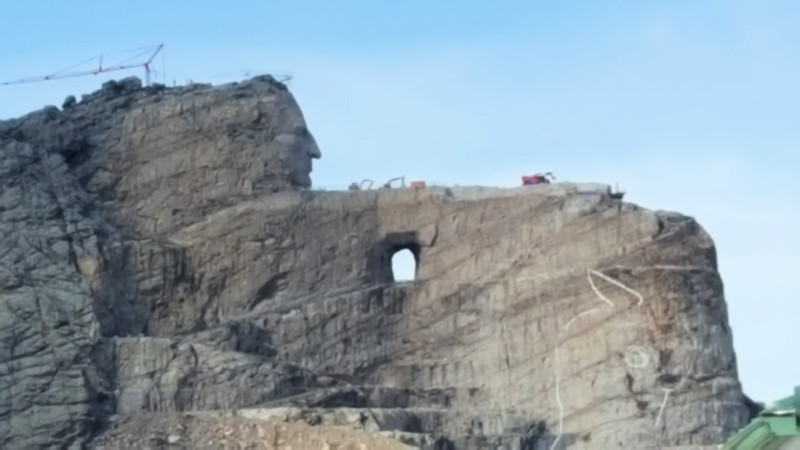 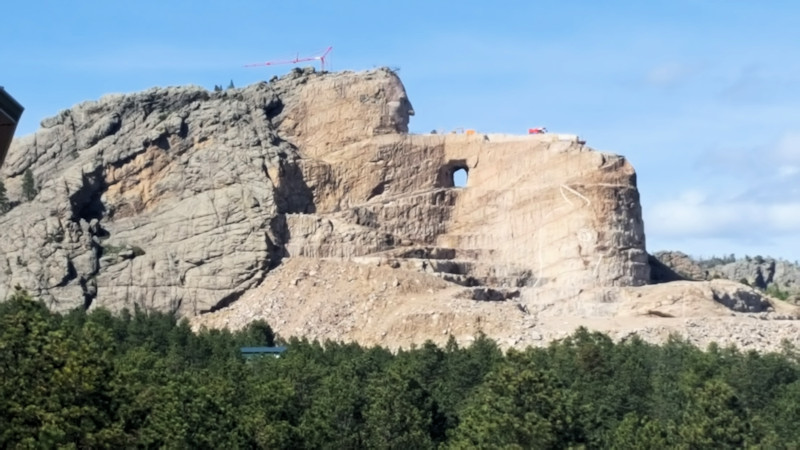 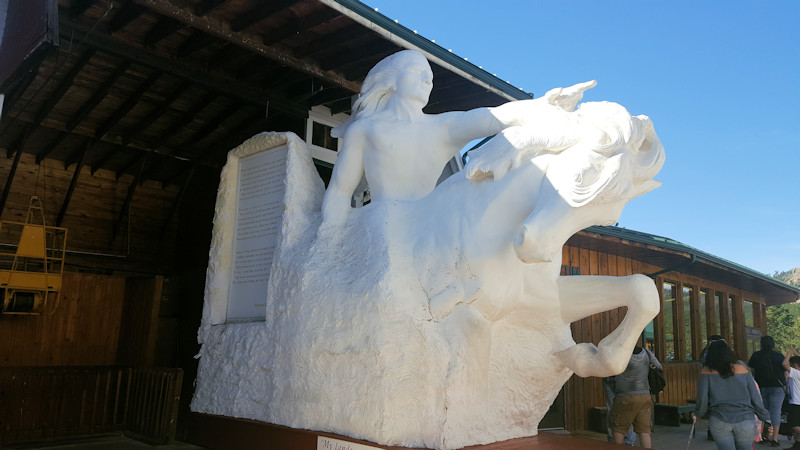 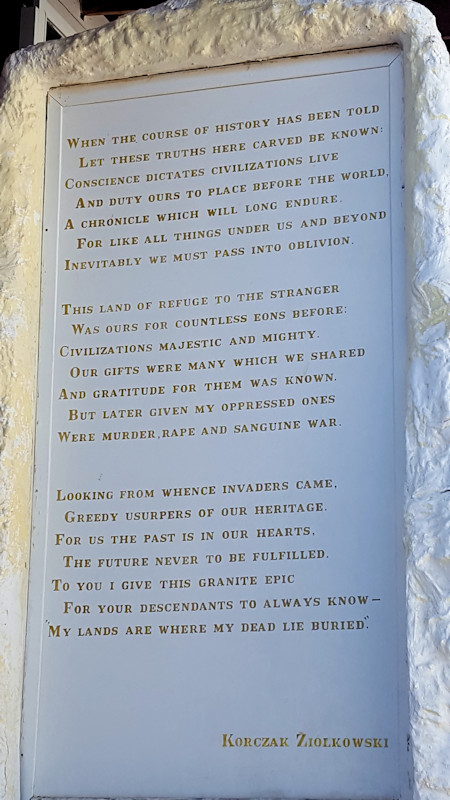 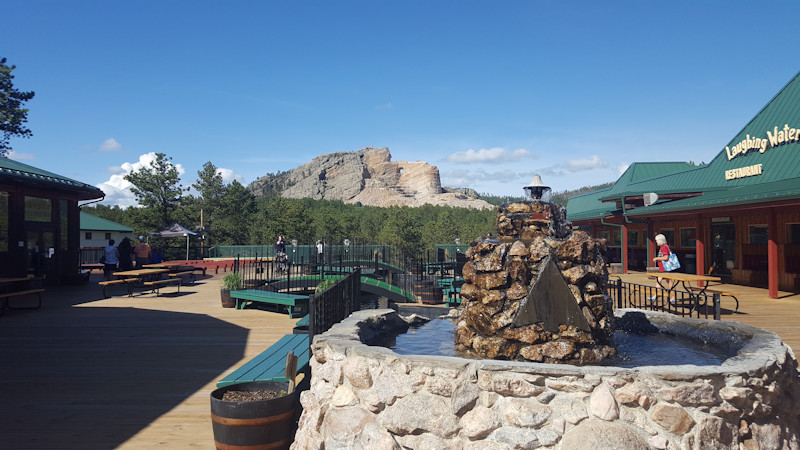 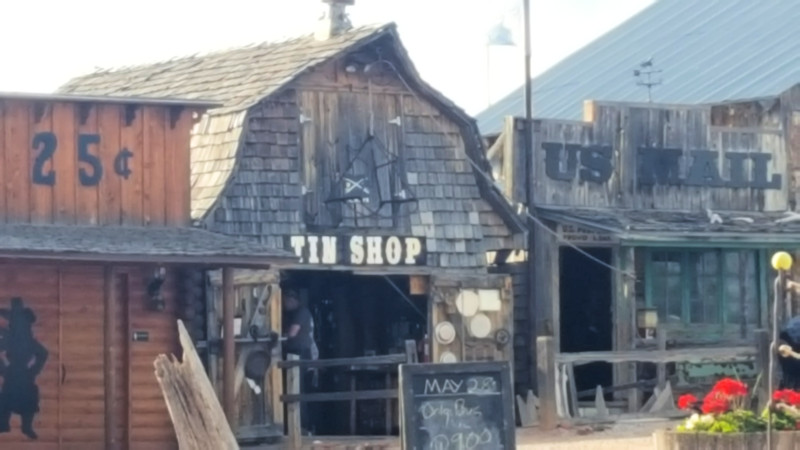 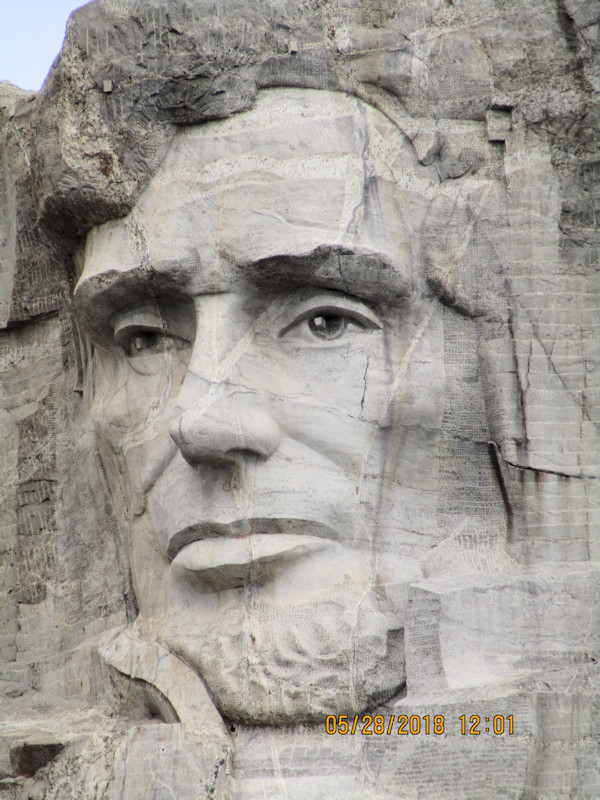 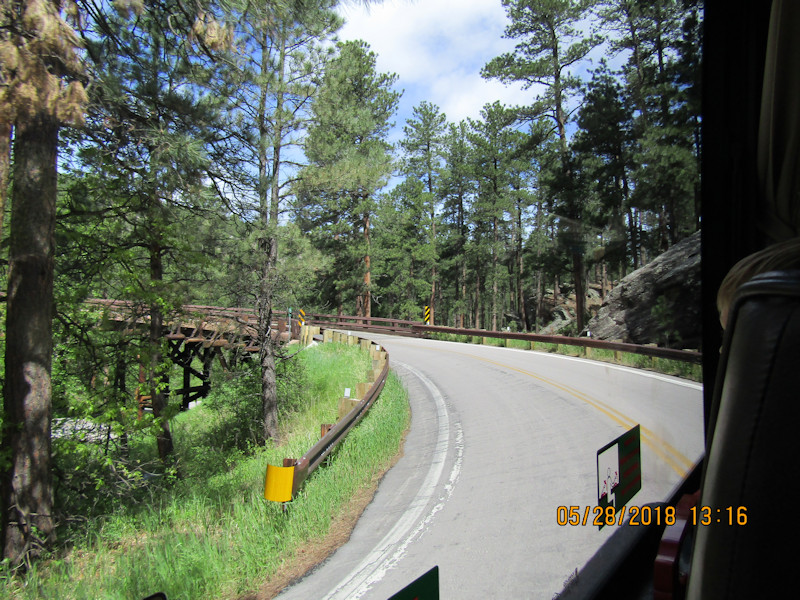 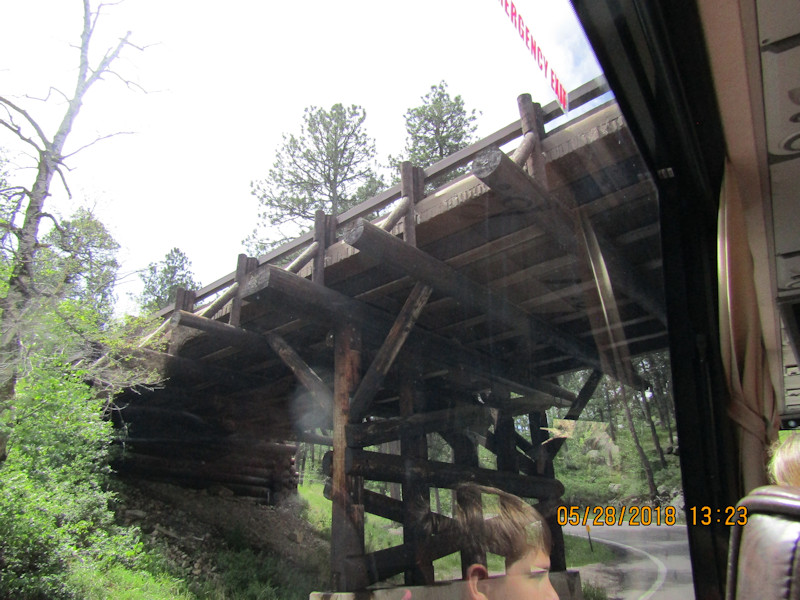 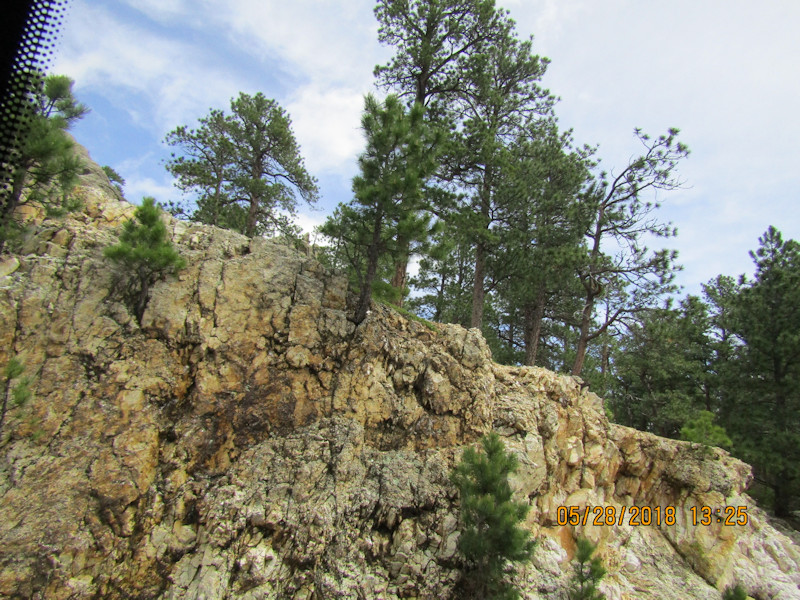 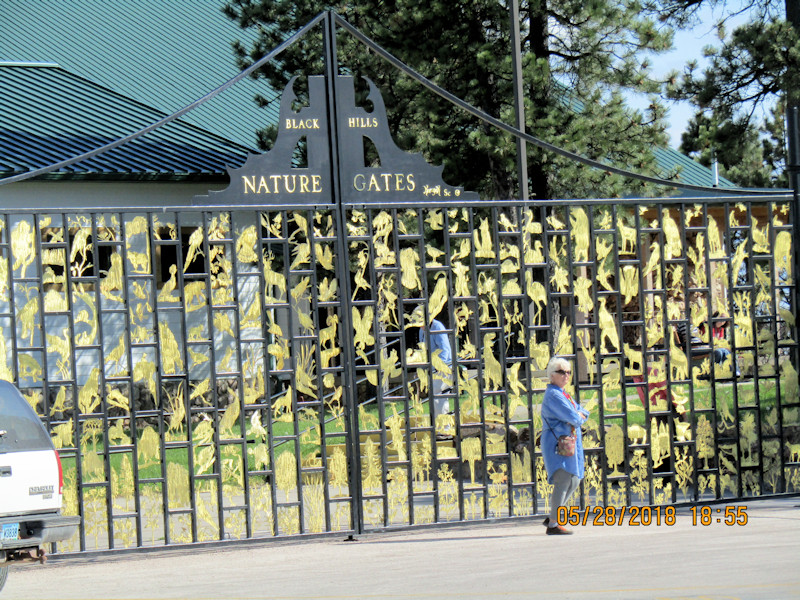 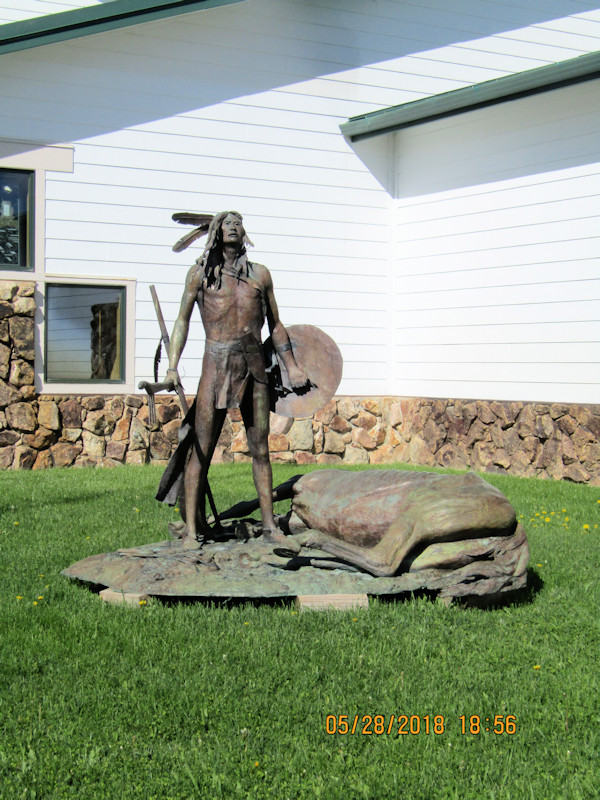 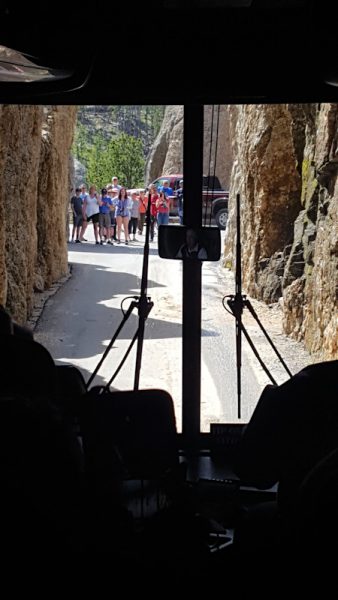 The tour guide, Mr. Updike, did a superb job of keeping us entertained with tall tales and historical information about the sites. We stopped regularly to see specific points along the way. One of the things most entertaining was seeing how folks reacted as the driver expertly steered the tour bus slowly but surely through a tunnel barely big enough for us to make it. One of the pictures above shows how close we came to the tunnel wall, and the picture to the left shows you just how tight the space was.  Folks gathered at the tunnel exit to see if we would get stuck inside.

After the tour, we had a chuckwagon supper of beef barbecue, baked potato, applesauce, biscuit and spice cake. The evening closed with a cowboy show given by a quartet of singer/comedians. I stayed for about 20 minutes of their act, but I quickly found that I didn’t enjoy it because they tended to sing a verse and a chorus of each song–covering a VERY wide range of musical styles–and I wanted to hear complete songs. It was kinda like listening to a recording of single movements from multiple orchestral works and being left unfulfilled due to the absence of the full works.  (I’ll bet you’ve heard the first movement of Beethoven’s Fifth Symphony, but if you haven’t heard all four movements, please do yourself that favor.) 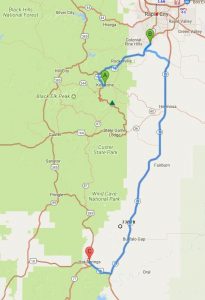 Anyway, I took pictures of the buildings of the Fort Hays and made my way back to Rapid City. It was still fairly early in the evening, so I gassed up and got directions to Hot Springs. As I neared the area, a storm very similar to the one that hit the night before struck.

This time, since I had not made a room reservation in advance, I decided to find a place to park and witness the storm more directly. The winds were strong enough to shake RB and blow the rain sideways. And the lightning was nearly overwhelming, its power and majesty beyond adequate words of description. The temperature even dropped enough where I pulled out the quilt a good friend made for me and wrapped up in it.

I will simply close with the statement that it made for a very intense night.

To the right was the route RB and I drove for the day:

I didn’t do much driving on Monday, so the playlist was not used extensively until that night when I sat through the storm.  Songs went from the first half of the S’s to the second half, including Sting, Steely Dan, and lots of Stevie Wonder.

I managed, too, to start work on a June 9th presentation I’m scheduled to give on the 19 (so far) movies of the Marvel Cinematic Universe.   Since it’s part of the college’s Summerfest, I want it to be fun as well as informative, but there’s a lot of material to prep.