Since I moved out here, I’ve tried to take advantage of the opportunities to see the western half of the United States.  I traveled through Utah with my mother just four years ago, but we only had time to visit Salt Lake City and Zion National Park.  The following year, I took RB onto the Salt Flats International Speedway as I dashed back to Iowa from California.

So, I really want another chance to see the four other national parks in the state.  I’ve planned a route through all four remaining national parks–Arches, Canyonlands, Capitol Reef, and Bryce–some of the state parks and the state’s scenic roads.

I also previously missed two sites I want to add: the Grand Canyon Skywalk (adds almost 400 miles to the trip, but what the hey) and Four Corners Monument.  Timing?  Well, I’m hoping to celebrate my next birthday watching my Dallas Cowboys whop the Denver Broncos in the Broncos home stadium.  From there, I’d be Utah bound. 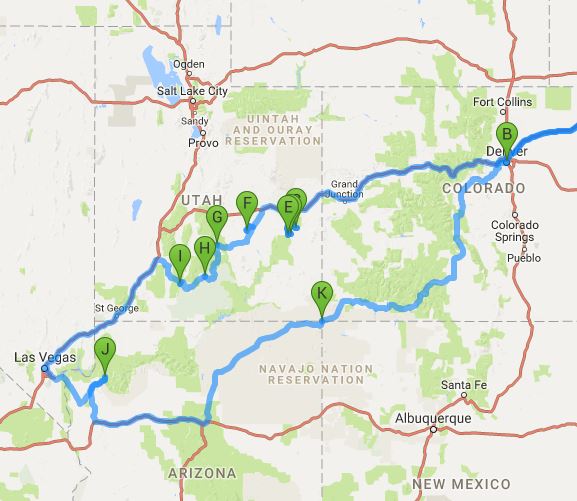